Cannabis – Hemp – Marijuana: Are they the same? 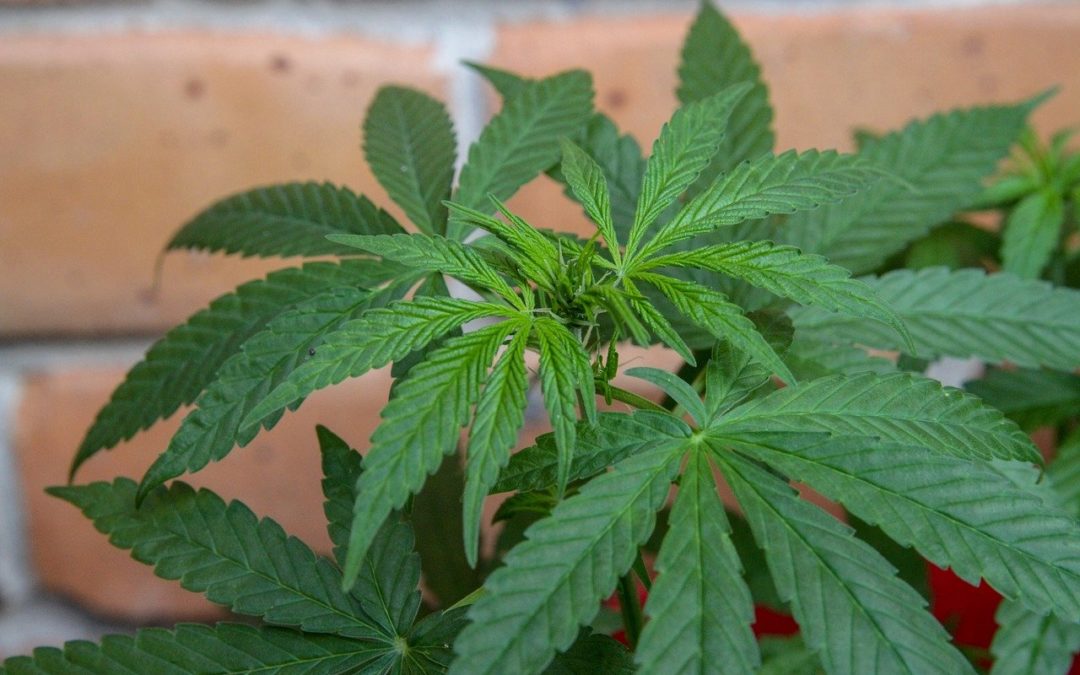 I previously wrote an article titled Marijuana: A scheduling Nightmare, where I wrote about the confusion and absurdities surrounding the listing of cannabis as a schedule I drug, which is what the Federal government classifies cannabis as.  In December of 2018, Congress signed the Hemp Farming Act bill into law, further complicating the entire scheduling aspect, Why?, because Cannabis remains illegal despite Hemp being legal.  I know it sounds confusing and a bit strange because it is. The farm bill made industrial hemp legal in all 50 states, not Cannabis. This is important in many ways but one reason, in particular, is because it differentiated hemp from marijuana for the first time since they began regulations on Cannabis.  Initially, Congress screwed up in 1937 when passing the Marihuana Tax Act when they made Cannabis (Any form) illegal because they didn’t differentiate between hemp and marijuana. The Nixon administration never corrected this issue when they scheduled Cannabis as a schedule I drug in 1970 with the passage of the Controlled Substance Act and again didn’t differentiate between hemp and marijuana.

All of this is a big deal because most people aren’t Cannabis, Hemp, and Marijuana should not be used interchangeably as the government likes to. There’s a big difference between hemp and marijuana, and now with popular products such as CBD (cannabidiol) which comes from Hemp and Marijuana but primarily in Hemp, it’s even more important to understand the differences.  I’ll try to break down these differences below into three main categories: The genetic relationship, Cultivation and Growth, and Cannabinoid content. 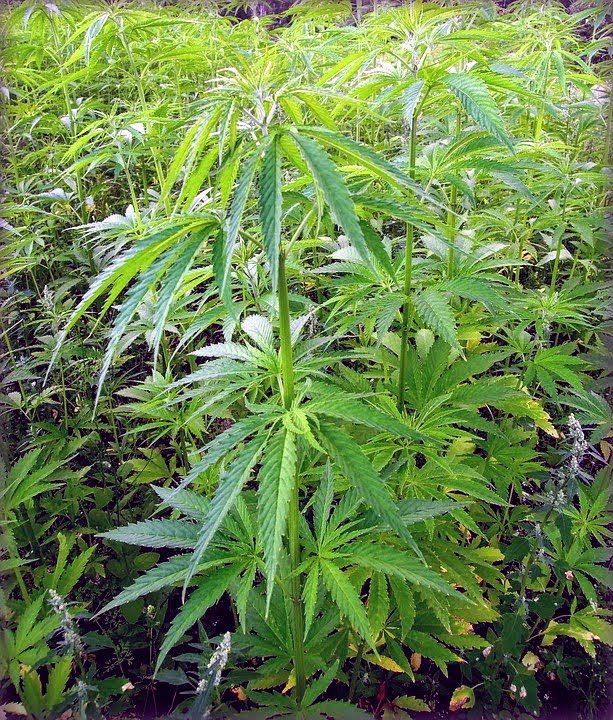 I’ll attempt to break this down as easily as I can be based on my knowledge of the subject. While I know a fair amount about the topic, I wouldn’t call myself an expert on Cannabis, not yet anyway, so keep that in mind as you’re reading this.

Cannabis, Hemp and Marijuana are not the same thing and shouldn’t be used interchangeably. This is one of the main reasons the federal classification is so wrong because it groups them all under the same umbrella. Most people don’t realize the differences between the names, and some might say it’s a matter of semantics, but it’s not. There really is a significant difference in the names, and the plants themselves.

Cannabis is a family of plants with three primary species — Indica, Sativa, and Ruderalis.  Marijuana is a type of Cannabis plant and can be indica or sativa, or a hybrid of both. Hemp is another type of cannabis plant but is a member of the Cannabis sativa family. There’s no such thing as an indica version of hemp. Ruderlis is another species of Cannabis and is native to Central and Eastern Europe as well as Russia. Some say is a subspecies of Sativa, but it’s debatable. Even Indica was formerly called Cannabis Sativa forma indica but is now just referred to as Indica or Cannabis Indica.  It’s definitely some complicated terminology but basically, just remember Cannabis is the plant, and there are different types of the plant. So just saying Cannabis is not exactly accurate, and this is precisely the reason the federal government really botched it when they made Cannabis illegal. When they did so, it made all forms of Cannabis illegal, hemp and marijuana. This has recently changed as mentioned above. While they are starting to roll back federal regulations specifically on hemp, the Feds have not rolled back regulations on marijuana despite several states doing so.

Because Hemp and Marijuana both derive from the Cannabis family, they do share certain similarities; however, due to each plant’s biological structure, they have several very distinct and crucial differences.

Hemp vs. Marijuana: Differences and Cultivation

The biggest and most significant difference between hemp and marijuana is this. Marijuana gets you high and hemp doesn’t. Marijuana contains high amounts of delta-9 tetrahydrocannabinol (THC) whereas hemp contains trace amounts of THC, but higher amounts of other cannabinoids.   There is a significant difference in the way hemp and marijuana are cultivated and grown. Yes, both fall under the species of Cannabis, but the way they are grown and the end result come harvest time is drastically different.

Hemp is often grown in rows that are one to two inches apart. Plants are grown very close together and sprout upwards into the sky until they are taller than full grown adults. They have a woody core and are stiff and hard to walk through. Hemp has a growth cycle of roughly 120 days. Marijuana, on the other hand, is grown with lots of room to bush out and produce flowers. You want 18″ or more worth of space between the marijuana bushes. You want them to have lots of low branches (something that doesn’t happen on hemp), leaves, and soft flexible stems. These growing methods encourage THC development. Marijuana’s growth cycle is roughly 60-90 days.

Growing hemp and marijuana together isn’t an option either. If you grow them together, you’ll create cross-pollination which leaves both plants infertile. When they cross-pollinate you lose the buds of the flowers and the seeds. With hemp, these are very useful for a wide variety of uses (oil, food, seed for the following year). With marijuana the bud is the part of the plant that has the most THC, if this doesn’t fully develop due to cross-pollination then you lose a lot of the material that can be smoked. Marijuana and hemp cannot be grown together (or even within a mile radius of one another).

Hemp has a much stronger fiber too. This fiber can be used in anything from rope and blankets to paper. Marijuana fiber, on the other hand, has a low tensile strength and will break or shred easily, making it a poor fibrous plant when compared to industrial hemp.

Industrial hemp also grows differently than marijuana. As I mentioned, hemp is typically grown up, not out, and that’s because the focus is not on producing flowering buds but on producing a good length of the stalk. Hemp is grown to a height of ten to fifteen feet before harvest whereas marijuana plants are grown to an average of five feet.

The two also differ in the areas that they can be effectively grown. Marijuana must be grown in generally warm and humid environments in order to produce the desired quantity and quality of flowering buds. A lot of people have elaborate indoor grow houses to grow marijuana indoors.  However, since industrial hemp does not contain flowering buds, and the hardy parts of the plant are the goal, it can be grown in a wider range of areas. Hemp grows best on fields that are similar to ones used for corn crops, which includes most of the Southwest, Southeast, and Northeast United States.

Marijuana is grown to produce flowering buds, those beautiful, pungent and sticky buds that you consume to get high. Female plants are preferred, as they are the species that produces these flowers laden with THC. Marijuana is grown indoors and outdoors, but always with the goal of producing the best budding flowers for recreational or medical consumption.

Hemp, on the other hand, is typically male and doesn’t produce any flowers during their life cycle. It is most often grown outdoors in large fields where it grows basically like a weed. With hemp, it’s much more about large yields where tall, rapidly growing plants are harvested for their fiber, not their flower. Even with a Cannabis Sativa Marijuana strain, the marijuana will produce flowering buds, whereas the hemp rarely ever will.

Arguably, the most significant difference is the Cannabinoid levels within the different  types of Cannabis (technically they are phytocannabinoids by definition because they are derived from plants)  Hemp can yield much higher amounts of non-psychoactive cannabinoids such as CBD (cannabidiol) and with the passage of the new farm bill, CBD products such as lotions, tinctures, capsules, vapes, etc. are going to skyrocket over the next few years.  Marijuana, on the other hand, yields much higher THC than Hemp. It does yield CBD and other cannabinoids as well, just not as much as Hemp. Many argue CBD from Marijuana is better than CBD from Hemp because of the synergistic nature of phytocannabinoids, terpenes, and other parts of the plant working together in a synergistic fashion. This is known as the entourage effect.  You can get Full Spectrum CBD as well, which includes the terpenes and other cannabinoids from Hemp, but it will not have THC, which significantly increases the effects of the other cannabinoids and terpenes. So in a nutshell:

I’m going to be writing a series of Cannabis related articles and this was merely an introduction of sorts to help you get familiar with the different types of Cannabis. As I mentioned earlier, I’m no expert on this matter yet although I am quite knowledgeable on it so don’t take this information as scripture but rather take it and use it to further your knowledge on the topic.  Next, in my series of Cannabis articles, I’m going to do some explaining on the Endocannabinoid System and how this remarkable system within our bodies is so vital to our health. Stay tuned.