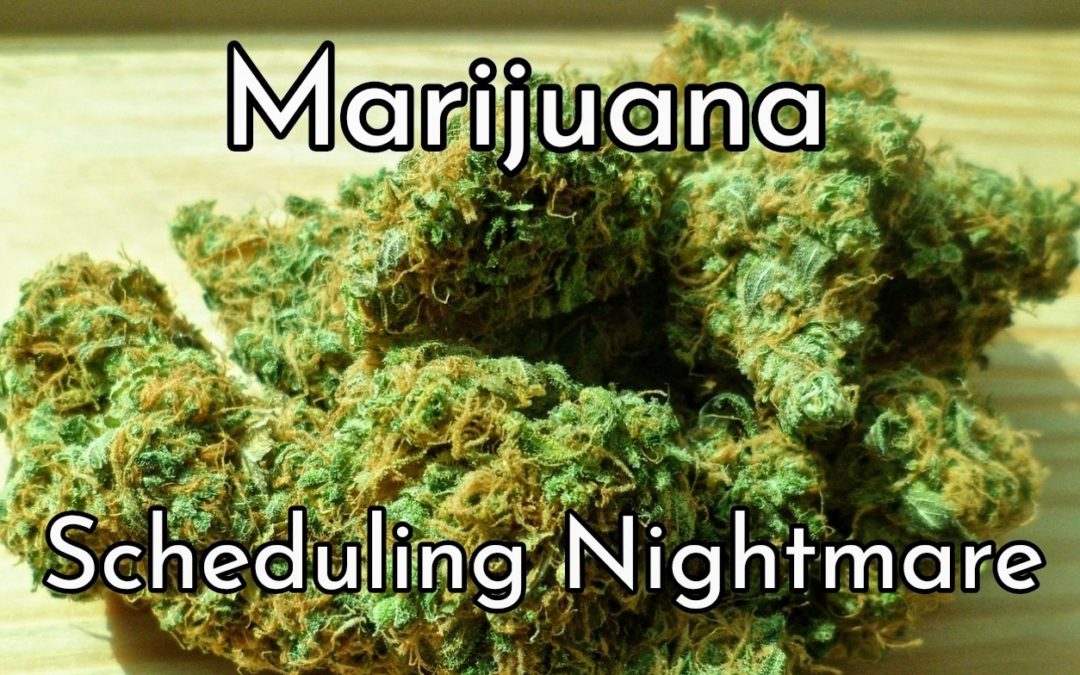 The legal history of cannabis in the United States pertains to the regulation of cannabis for medical, recreational, and industrial purposes in the United States. Increased restrictions and labeling of cannabis as a poison began in many states from 1906 onward, and outright prohibitions began in the 1920s. By the mid-1930s cannabis was regulated as a drug in every state, including 35 states that adopted the Uniform State Narcotic Drug Act. The first national regulation was the Marihuana Tax Act of 1937 Marijuana, (Cannabis) is a schedule I drug according to the federal government. It was first made illegal officially outlawed for any use (medical included) with the passage of the Controlled Substances Act (1)Controlled Substances Act(CSA) of 1970. One of the biggest mistakes Congress made making Cannbis illegal, is they didn’t distinguish the difference between Hemp and Marijuana, but rather just made Cannabis as a whole, illegal.  While seemingly a small oversight, it made a huge impact on the industrial hemp industry and some say this may have been by design. Most people aren’t aware of the fact Cannabis , Marijuana and Hemp aren’t the same but that’s a topic I’ll delve into at a later time.

Multiple efforts to reschedule the drug under the CSA have failed. The U.S. Supreme Court has ruled in United States v. Oakland Cannabis Buyers’ Cooperative and Gonzales v. Raich that the federal government has a right to regulate and criminalize marijuana, even for medical purposes. Even so, states and other jurisdictions have continued to implement policies that conflict with federal law, beginning with the passage of California’s Proposition 215 in 1996. (2)Proposition 215  As of December, 2018, the use of marijuana for medical purposes is legal in 33 states, the District of Columbia, plus the territories of Guam, Puerto Rico, and the Northern Mariana Islands. The non-medical use of marijuana is decriminalized in 13 states (plus the U.S. Virgin Islands), “Decriminalization” refers to a policy in which individuals caught possessing small amounts of the drug will not face criminal prosecution. Instead , individuals will be subject to some type of lesser civil penalty (often similar to how a minor traffic violation is treated). In jurisdictions without any such penalties, the policy is referred to as legalization, although the term decriminalization is sometimes broadly used for this purpose as well.   Marijuana is legalized for recreational use by adults in another 10 states (plus the District of Columbia and Northern Mariana Islands). Commercial distribution of marijuana is allowed in all jurisdictions where cannabis has been legalized for recreational use, except Vermont and the District of Columbia.

“As of September, 2018, the use of marijuana for medical purposes is legal in 31 states, plus the territories of Guam, Puerto Rico, and the Northern Mariana Islands, and the District of Columbia.”

Despite the multiple attempts efforts to reschedule marijuana failing, the government is changing their position to some degree. In the summer of 2018, the FDA approved Epidiolex oral solution (3)FDA approves first drug comprised of an active ingredient derived from cannabis to treat rare, severe forms of epilepsy (cannabidiol (CBD) oral solution) for use with certain types of epilepsy, Dravets syndrome, and Lennox-Gastaut syndrome. This marked the first time the FDA approved a drug derived from cannabis ingredients and many thought this would pave the way for rescheduling. However, the DEA’s official statement in the Federal Register indicates “this order places FDA-approved drugs that contain CBD derived from cannabis and no more than 0.3 percent tetrahydrocannabinols (THC) in schedule V.” So despite the fact that marijuana DOES have medicinal purposes; the federal government was unwilling to change Cannabis from a schedule I drug.  That beings said, the writing’s on the wall for the U.S. to do something regarding the classification. The fact so many states have passed laws for medical and recreational use only add to the growing pressure to change the federal law and allow states to make the decision for themselves while paving the way for businesses to grow and generate taxes. In December 2018, Congress passed the Hemp Farming Act of 2018, which was a huge rollback and was geared towards legalizing Hemp, a specific species of Cannabis with low THC, although the terminology used was, any Cannabis with less than .03% THC. Canada has just recently on October 17, 2018, made marijuana legal at a federal level after years of moving in that direction with more and more public support over the past several years.. Similar to Canada, support for legalization in the U.S. has grown dramatically over the past 20 years. There are many factors influencing this political change, but possibly the most important has been the rise of medical marijuana and its ability to affect perceptions of the drug. It’s no longer being seen as some gateway drug that will inevitably lead to life filled with crime, addiction, jail, etc.

Marijuana has been used for nearly 3000 years to treat various ailments. Among the various medical benefits it has been used for are chronic pain, depression, post-traumatic stress disorder, and social anxiety, cancer, multiple sclerosis, and epilepsy to name few. Coincidentally, it’s also now being used specifically for opioid users and other addiction type behaviors.  Several states with medical programs are now listing “opiate use disorder” among the qualifying conditions. I guess that sort of puts a damper on the whole gateway drug argument. I mean why the hell would you use a gateway drug to aid in stopping opiate use? As for the negative effects, marijuana is suggested to have negative impacts on those with already existing psychotic type issues such as schizophrenia and bi polar. It can also provoke suicidal thoughts in some individuals. These negative effects are rare, and frankly, the drug hasn’t been studied enough to know why some individuals react in a negative way. Curiously enough, one study among people with schizophrenia and other psychoses found that a history of marijuana use is linked with improved performance (4)The Health Effects Cannabis and Cannabinoids on tests assessing learning and memory. Why dos this happen? We aren’t exactly sure because the research is limited as a result of the federal classification as a schedule I drug. 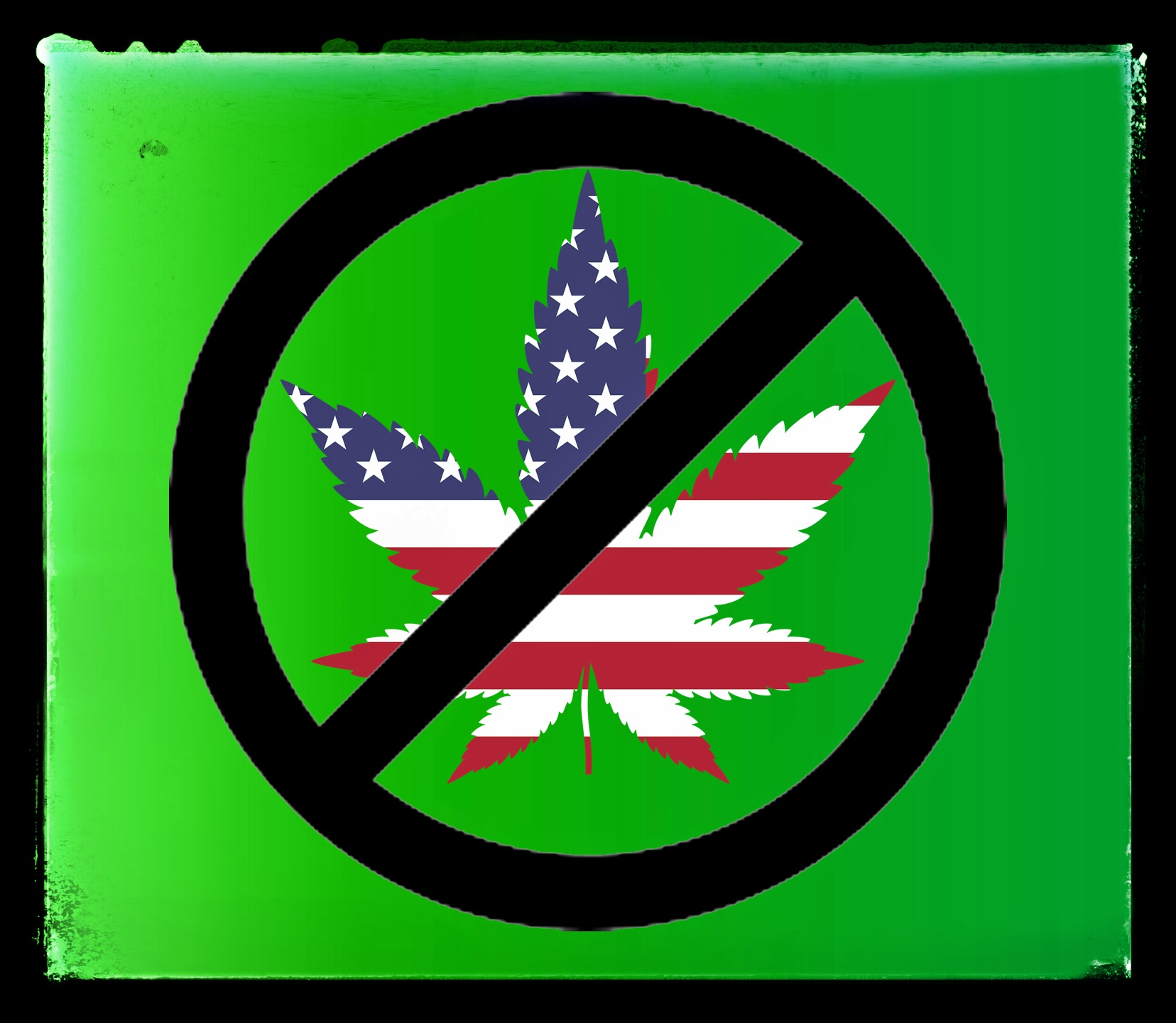 As most are pretty well aware, there’s evidence that demonstrates both the harms and health benefits of marijuana. Yet despite the emergence over the past couple of years of very comprehensive, up-to-date reviews of the scientific studies evaluating the benefits and harms of the drug, it’s clear more research is needed to fully determine the public health implications of rising marijuana use.

More research is needed to confirm the harms and benefits of marijuana use in order to most effectively learn how to tap into the benefits it can provide and mitigate the risks. Many scientists and health bodies — including the American Cancer Society (ACS) — support the need for further scientific research on the use of marijuana and cannabinoids to treat medical conditions and are ready to begin such studies!

However, therein lies the biggest obstacle with the scheduling nightmare we have in the U.S. today.  As long as Marijuana is classed as a Schedule I controlled substance by the DEA, it will continue to deter the study of marijuana and cannabinoids through its imposition of strict conditions on the researchers working in this area. In the US, therapeutic studies on cannabis products have been hampered by intense regulations. Only three people in the U.S. hold Drug Enforcement Agency licences to research cannabis clinically. The process researchers need to go through in order to perform research on cannabis is a long and drawn out process wrought with bureaucratic nonsense.

Clinical research on cannabis also requires approval from the National Institute on Drug Abuse, which has had an additional effect in impeding medical cannabis research because they hold a monopoly on the research.(5)Federal Obstruction of Medical Marijuana Research Since the agency’s inception in 1974, NIDA has been the sole provider of cannabis for research purposes in the U.S., contracting with the University of Mississippi for cultivation of cannabis.  The monopoly has been maintained by the refusal of the DEA to issue additional licenses for the cultivation and distribution of cannabis, which the DEA has claimed is consistent with the terms of the U.N. Single Convention on Narcotic Drugs that was ratified in 1961. Others have disputed this interpretation of the treaty however (including the U.S. State Department) and the DEA’s interpretation is not consistent with the fact that multiple licenses have been issued for the production of other Schedule I drugs. The DEA has also cited the possibility of diversion from cultivation facilities as justification for not issuing additional licenses, which is a bunch of crap.

“As long as Marijuana is classed as a Schedule I controlled substance by the DEA, it will continue to deter the study of marijuana and cannabinoids through its imposition of strict conditions on the researchers working in this area.”

Marijuana has over 100 various cannabinoids present and hundreds of other molecules that may or may not have a pharmacological effect but the full effect of what marijuana may be able to provide from a health standpoint is extremely limited because of the schedule I classification.  So until the federal government changes the classification, the full potential of marijuana will never be achieved. Whether or not you choose to indulge in the use of the drug for personal enjoyment, or medical benefits, or refrain from using, the choice is yours, but for the government to stick to it’s archaic laws regarding a drug that has obvious medical benefits is wrong and downright stupid. Once you through in the various economic advantages legalization may have, as well as the reduction in crime, it really makes the government look stupid for not embracing or considering legalization.

NOTE: This article was updated in December, 2018 to reflect the most recent legal status of Cannabis , Hemp and Marijuana in the United States.