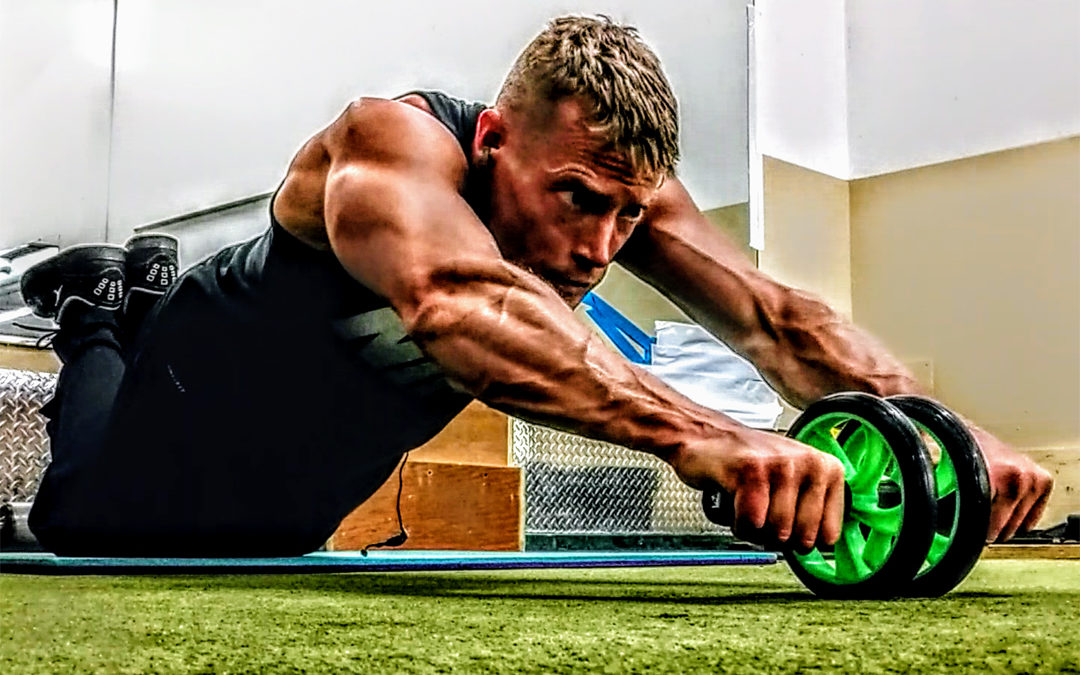 One of the most sought after goals in fitness and bodybuilding alike by both men and women, is a well defined six pack.  Even for those not involved in fitness, weight training, or bodybuilding, having a six pack is somewhat of a holy grail to many.  Now, first and foremost, getting a nice set of abs begins in the kitchen and you need to be eating and drinking right or else all the core work, and exercises in the world aren’t’ going to make your six pack pop through a layer of flab.  That being said, the workouts you do are a significant part of the equation, and more specifically, core exercises.

So what are the best exercises to help achieve a nice solid six pack.  My belief is If you really want a muscular set of abs that pops, you need to get away from just training your stomach with 10 different isolated ab exercises, and you need to focus on strengthening your core.  What many people don’t realize is you need to focus on strengthening the entire core in order to truly see your ab definition.  By core, I mean your midsection as a whole and it involves all your muscles in that area including the front, back and sides.  The core includes the traverse abdominis (TVA), erector spinae, obliques and your lower lats, as well as your abs. (called rectus abdominal muscles)

You need to be doing exercise that involve your lower back muscles, your deep core stabilizers (such as your psoas – pronounced SO-az), and the layers of abdominal muscle that protect your organs and keep you standing tall.  Gymnasts are masters of core training, and think about it, have you ever seen an Olympic gymnast that isn’t sporting a rock solid set of abs?  Didn’t think so.

“My belief is if you really want a muscular set of abs that pops, you need to get away from just training your stomach with 10 different isolated ab exercises, and you need to focus on strengthening your core.”

The body is extremely smart and if you are building muscle on only one side of your body for example, you actually will hit a wall in the amount you’re able to develop. This is your bodies way of protecting you from having too much muscle on one side, which would end up putting undue stress on your underlying bones and pull your alignment out of whack. The best core exercises target your lower back as well as the different layers of abdominal muscle too!

I have two favorite core exercises which I incorporate into all my routines.  The ab rollout (performed with either an ab roller, or a barbell with round plates), and the hollow body hold. (an exercise many gymnasts master and learn from day one)

The ab rollout is without question, one of the best exercises you can do to strength your core. I like to do a set of ab rollouts in between sets for whatever muscle group I’m working out.  For beginners, complete 3-4 sets of 15,  2 days per week.  As your core gets stronger,  do 3-4 sets of 15, 3 days per week.  If you feel comfortable doing more reps, by all means go for it, but if you find your abs sore for more than a couple days after you do them, ease off a bit.  You shouldn’t be sore more than 1-2 days after performing ab rollouts.

Note: This exercise is not advised for people with lower back problems or hernias. If you have either, DO NOT attempt to do these.

Variations: If you are advanced you can perform the exercise moving the ab roller to the sides in a diagonal fashion as opposed to straight forward. This version places more emphasis on the obliques.  You can also do these with a barbell if it has round plates on it.  I suggest either 10 lb or 20 lb bar stacked with 2×5 plates or 2×10 plates accordingly.   A more advanced way of doing these is to begin from the standing position; however it is much more difficult to perform.

The hollow body hold is truly a core monster!  Once you do them for a few weeks, you’ll notice how you will perform better in other exercises as well because they’ll help train your body to properly transfer force from your upper body to your lower body correctly.  Once you start doing the, you’ll understand why because they aren’t a walk in the park by any means.  Start by performing hollow body hold by holding the form for 30-60 seconds in between sets 4-5 times per workout , 2 times per week. As you progress, do 30-60 second holds  in between sets for 6-8 times per workout, 3 times per week.  Once you can hold the form for 60 seconds with ease, increase the hold time from 60 seconds, to 120 seconds to continue the progression of building up your core.  Continue this progression as desired to continue holding for longer periods of time.

Note:  Start with adding this to your routine in between sets of compound exercises such as Squats, Bench Press, Barbell Rows, etc.  DO NOT hold your breath when doing hollow body holds. Keep your head up off the ground and your nose pointed to your toes.

In addition to these two core exercises, you should have routine that incorporates general ab exercises as well and perform those exercises two to three times per week at the end of your workout.   I like to add resistance to my ab exercises so I can force them to grow and not just get defined.  Not everybody wants to have large bulky abs, so if you don’t want to increase the size of your abs, resistance type exercise may not be best for you but there’s plenty of general ab exercises to add to the end of your workout.  My favorites are:

Another added benefit to mastering core exercises is it will help the rest of your muscles as well and you’ll notice your squats will improve, your bench will improve, shoulders, etc. etc.  This is because your core muscles are used as stabilizers in nearly every exercise you do.   So if you’re serious about achieving a nice solid muscular six pack, add these two core exercises to your routine and you should start noticing some significant improvements all around.   Oh, and one last pointer and I’m dead serious about this….….LAUGH!  Laughing is great for your abs!